Reducing Stress & Creating a Membership You Love with Deborah Engelmajer

In this episode of Behind the Membership, Deborah Engelmajer discusses her membership site for makers and handmade businesses, Tizzit HQ. Deborah's membership is just eight months old, but already a six figure a year business.

Deborah shares how she actually delayed creating her membership site in order to build her audience first, which she attributes as the key to her success. She also talks about how having a membership site has reduced stress and provided more balance, enabling Deborah to do what she loves, like focus on her community.

And Deborah also discusses how engaged the Tizzit community is and what she does to encourage this, including how she sent welcome packages to her first 250 members when she initially launched. Plus the challenges of content creation, how aspects of the membership such as coaching calls, have evolved since the membership first opened and much more.

“I thought the challenge was going to be keeping active in the community. That's actually turned out to be just the easiest thing to do. I was a bit scared, I was like, “How much time is this going to take? Will I be able, is it going to be overwhelming?” But I just love it, like I love every day checking in with my members and getting to see the progress that they're making. So that's been actually really enjoyable.”

Plus you can talk with Deborah in real life at our upcoming Retain conference!

“I was selling different things and I wasn't really sure what I was really focused on. Right now it's so clear and I make decisions so much more easily because I'm like, “Does this help my membership or not?” 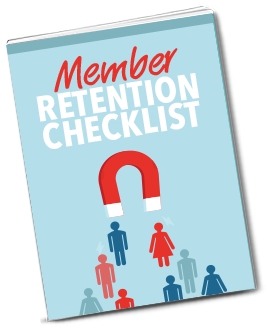