Are Facebook Groups a Viable Option for Membership Communities in 2022?

Are Facebook groups a viable option for membership communities in 2022?

This is a debate that’s been raging in the membership space for quite some time!

But as is often the case when it comes to memberships, there isn't a ‘one size fits all' answer.

There are pros and cons to all options.

We're sure you've heard Mike get on his soapbox about it once or twice!

But, we aren’t here to tell you that this option definitely isn’t right for your membership.

And a lot of changes in recent years – both good and bad.

We're here to give you the facts about both sides so you can make an informed decision based on the kind of membership you want to run.

They're definitely upping their game!

And here are some of them…

And for most people, this is the main selling point of using a Facebook group for their community.

Everyone and their grandparents are on Facebook, which makes it a great place to interact.

Using that logic, most of your members are probably already on Facebook.

This means you don’t really have to “build” much of a platform, because your members are already there.

And some of them are really quite powerful for membership owners!

You can now use gamification in your groups, offering badges to members and assigning some as experts…

Imagine how useful this feature would be if to use if you utilize guest experts in your membership?

In the past, one of our major complaints about Facebook groups was disorganization.

Now, it’s not quite the epitome of “neat and tidy’ just yet, but Facebook is gradually balancing things out with the introduction of features like guides.

So, it’s easier for group admins to collate posts and gather content into static guides.

It’s a social media network, so it’s no surprise that engagement is at the forefront of their goals.

There are tons of interesting features such as different post formats, the ability to host rooms and announcements alongside standard things like polls, events, recommendations, and hashtags. 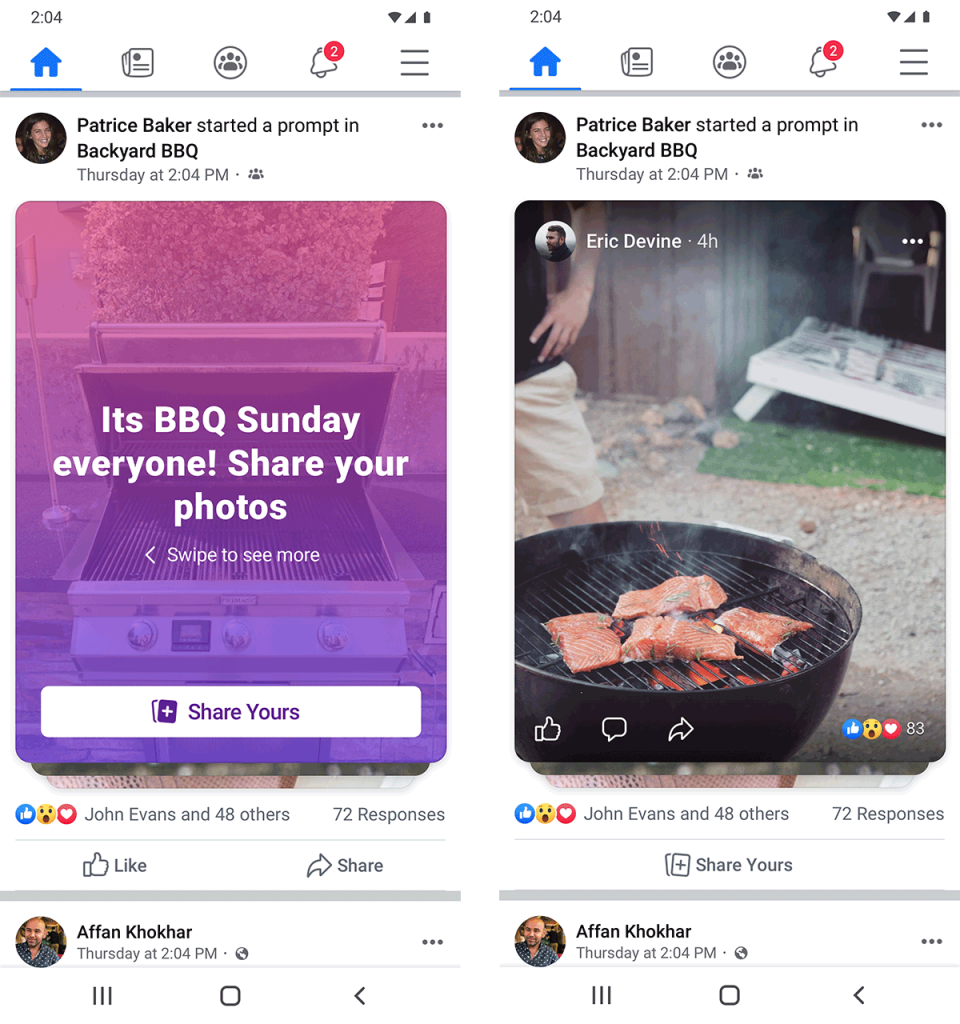 The great thing about these features isn’t just that they’re fun, they add more structure to your community, too…

And generate varied interactions that are well suited to the membership model.

They’ve gone beyond just being able to broadcast live video within groups, you can also tee that up by adding an event to the group itself. 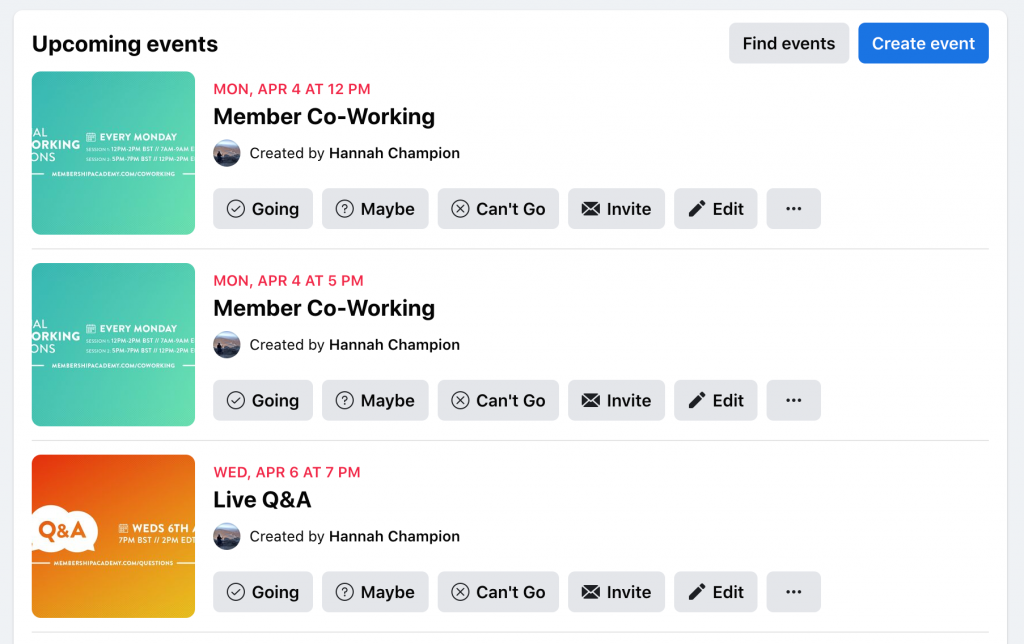 It’s a neat little setup that allows people to RSVP to events and have all the information they need available in advance.

Think of it as a mini event calendar within your group.

In the past, there were very limited options for dealing with disruptive members...

But this is another area that Facebook has upped its game…

Membership owners can now pre-approve posts, mute guests, switch off automatic posting, and do so much more.

Bottom line, there are loads of options for controlling how your community interacts.

This is just the tip of the iceberg when it comes to what Facebook groups offer.

There's another side to the coin though, and it isn’t as pretty…

Accessibility (yep, it's a bad thing too!)

We’ve already established that accessibility is a major selling point of using a Facebook group for your community.

But there's also the flip side…

With everyone on Facebook, things can get a little distracting…

You aren’t just competing against other people’s groups, there are also their friends, newsfeeds, and even ads.

This makes it harder to navigate more serious content and detracts from the value of your membership.

That's why most membership communities that make it big on Facebook have more of an informal space for their members.

While hosting your community on Facebook does come with certain comforts, it’s also quite inconvenient for your members to go back and forth between your main membership website and the Facebook app.

You're asking your members to engage with you and your membership in two very different places.

The problem is that you can’t engage on two completely different platforms, without it having some sort of effect on your members’ mindsets.

After all, you're adding an extra hurdle for your members to actively participate in your community.

The aim should be to make it easier for your members to engage with you and each other.

No room for automation or integrations

What’s a membership community without a few add-ons here and there?

For the most part, Facebook is not keen on you adding tools, even the ones that make certain tasks easier.

So, you still have to go through the pains of manually approving members, importing their contacts to a spreadsheet, managing their details so you can remove them from the group if they cancel…

That's not ideal for anyone.

It’s highly inconvenient that in a group of 19,000 less than 10% of your members actually see your post.

So, there’s a chance they may not see important updates or have access to you when they need it most.

And is a big reason why we're seeing more and more membership owners asking about the best way to move their community away from Facebook and onto a forum.

You have zero control over features and are at the whim of your landlord, Facebook.

Thankfully, we now have more options than just Facebook and on-site forums.

There are a handful of platforms that look and feel more social media-driven – Circle, Mighty Networks, and Podia to name but a few…

However, traditional on-site forums are still a massively viable option.

We offer this to our members, but less than 20% of them are in the Facebook group as opposed to our forum inside Membership Academy.

Still struggling to make a decision?

It really depends on what's most important you…

If the pros we've listed above outweigh the cons for you, then go for it…

But if the cons of using a Facebook group for your community raise some red flags for you, then maybe it's not worth the risk.

For us personally, we wouldn't want to solely use Facebook as the hub of our membership community…

Yes the features they've added in recent years are awesome…

But with the decline in reach meaning fewer people see your posts, is it worth it?

That's up to you decide.